One of the main reasons why we love Indian Wedding Ceremonies is that they're typically full of rituals, colors, music and good vibes. 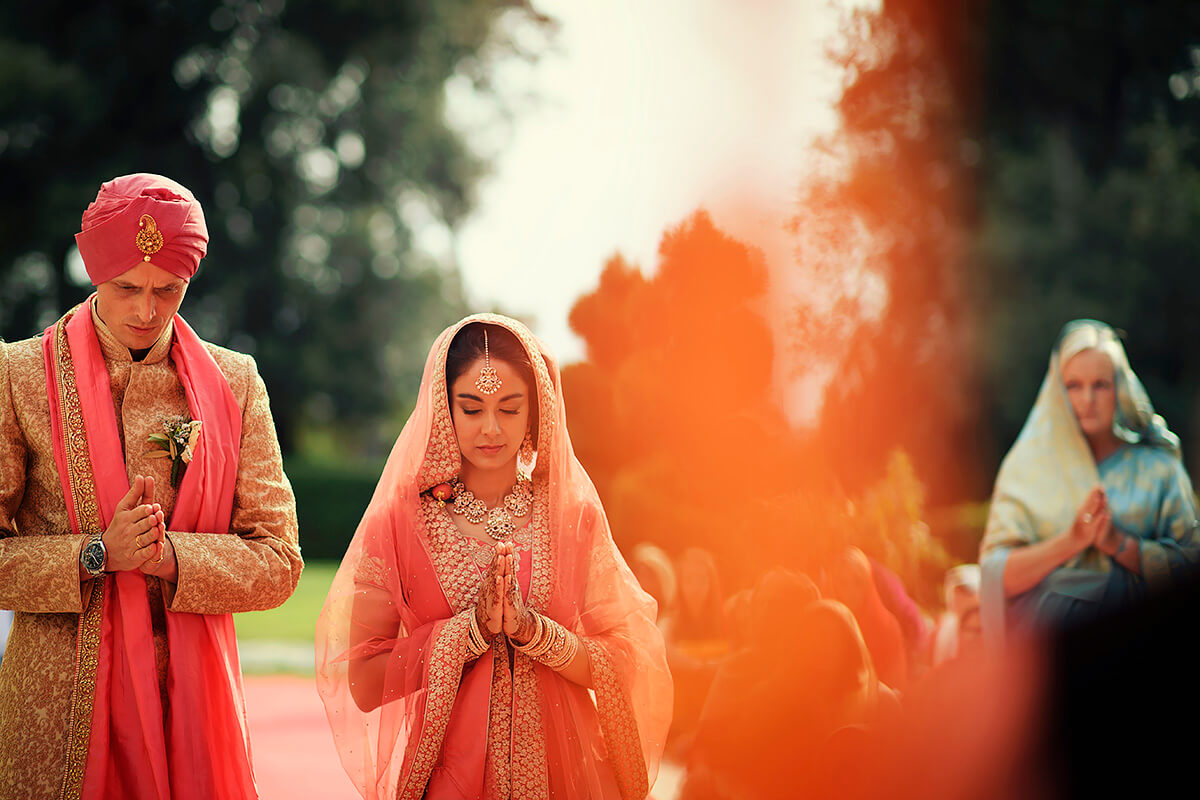 Cultural elements make them special and fascinating, and even if you are going for a destination wedding, you don’t have to skip it.  It is still possible to follow some of the most popular Hindu and Indian wedding ceremonies traditions.

Marriages, according to some Indian tradition, are made in heaven, so once you are married the bond is believed to last for seven lifetimes.
Indian wedding Ceremonies are based on traditions that believe that marriage cannot be reversed and is irrevocable.
Consent and happiness of both families are very important, as marriage is not only considered the union of two individuals and souls, but also the union of two families.
Weddings traditions in India vary considerably from region to region, but weddings are usually long, including plenty of rituals that take days to be fullfilled.

Every single part of indian wedding ceremonies has deep philosophical and spiritual significance. Each community has their own wedding ceremony based on geographical location and cultural influences.

In North India the wedding ceremonies are generally referred to as ‘Vivah Sanskar’ while in most of South India they name it ‘Kalyanam’. Most north Indian weddings are big on fun and colors while weddings in South India are usually more demure and modest, but there are some wedding customs that are more or less observed by all. The common theme of all these versions is the all over joy, along with adherence to traditions and involvement of the extended family and friends and the attention to details.

Sari is the traditional indian female gown, they are typically pretty colorful. Indian wedding outfits are therefore elaborated and stunning, especially for brides, the Sari is decorated with amazing beading and embroidery symbolizing commitment, spirituality, and fertility. Brides also often trade "something white" for "something red” and might also apply a dash of red kumkuma powder to her forehead for good luck.  The gajra consists in decorating of the bride with jasmines, as they are considered the most beautiful and fragrant of India’s native flowers, representing auspiciousness and prosperity. The bride is not the only one well adorned.

The most worn outfit for Grooms is the Sherwani, an extremely embellished version of a western suit, matching embroidered shoes, known as Mojri. It is also apart of Sikh tradition for the father to tie a turban, “saafa”, on his son’s head. Heavily embroidered jacket that reaches the knees paired with tight fitted pants are usually worn in Hindu attire together with a scarf named chunni, while the turban is pre-tied, unlike that of Sikh Grooms. Another amazing tradition that we absolutely adore is Mehndi.  This is a very antique tradition (more than 5000 years) and it is also a lot of fun. During a only female party, usually the day before the actual wedding, the bride and all ladies, will have their hands and feet decorated through a cosmetic paste, to create temporary tattoos with fine lines, paisley and floral patterns. We may say it is an antinque indian version of bachelorette party. 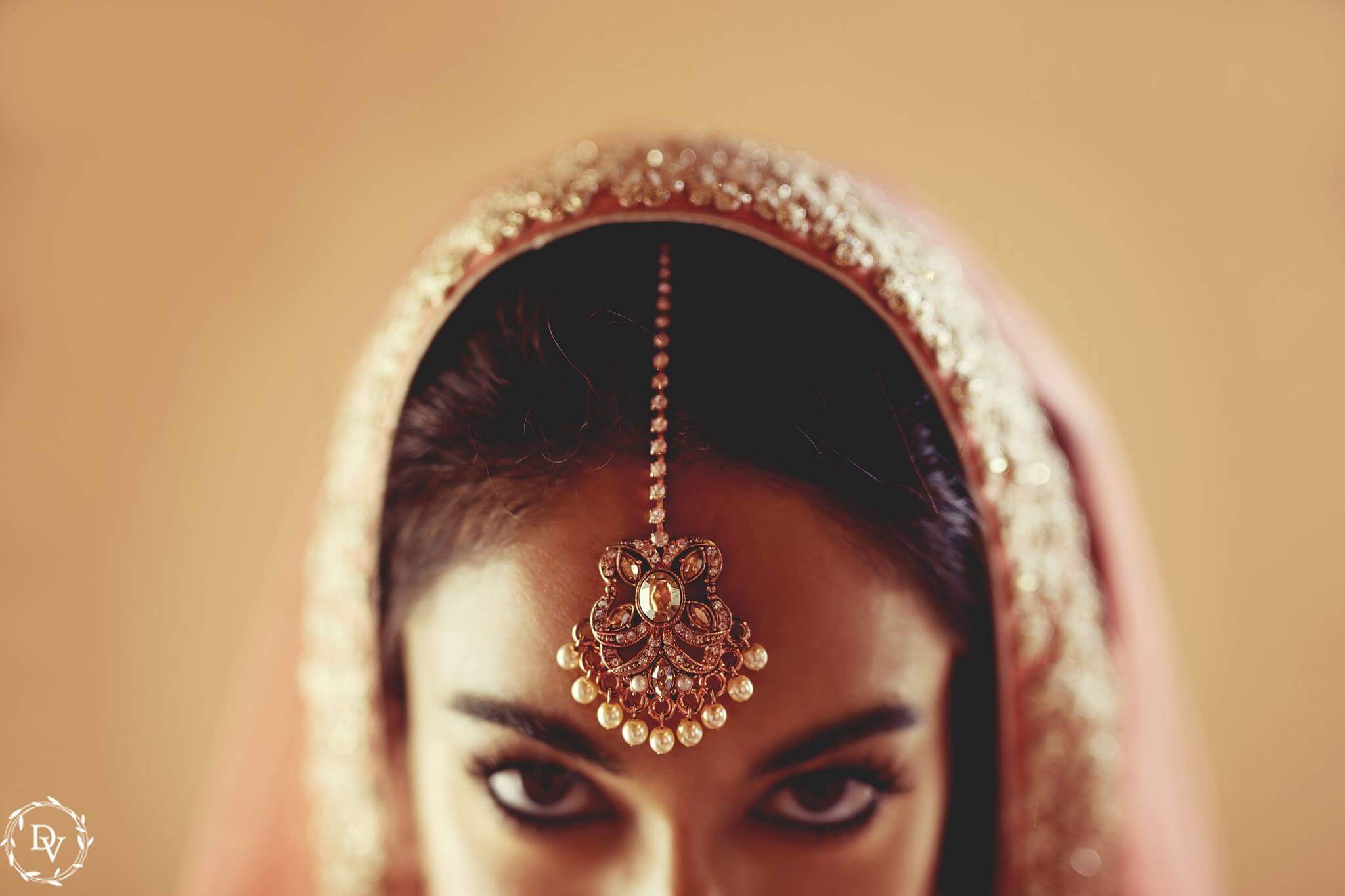 The paste is made crushing the leaves of a Lawsonia Inermis plant into a fine powder and adding lemon juice. For the bride the designs are more intricate, elaborate and artistic and also cover the palm. It is also thought that the darker the bride's henna becomes on the skin, the stronger the marriage. Haldi ceremony includes the groom as well.

Haldi is a yellow turmeric paste, whose ingredients may vary from culture to culture, believed to ward off evil spirits and provide powerful healing properties, for this reason it is spread onto the couples body to wish good luck.

The Haldi Ceremony is known under many names across the country, Bengalis call it Gaye Holud, Gujaratis and Mangala name it Pithi, Tamilians usually call it Snanam. The Sangeet is a fun-filled ceremony where both the families get together to perform song-dance routines. This is an North Indian practice, widely diffused in Punjabis and Gujaratis culture, but nowadays it has been adopted by other cultures as well. In Hindu and Sikh weddings, the Groom arrived to the marriage venue with a procession known as the Baraat. In Sikh Tradition, the Groom arrives carrying a sword named “kirpaan”, on a white horse (Ghodi) , accompanied by family members, groomsmen, and friends called baraatis. Grooms can also choose to ride through the procession on an elephant. During a Baraat, that sets the mood for the rest of the day, Dhol Players will follow, with upbeat and exciting songs blasting the Groom making his way through the procession. Bride family will apply red tilak to the groom’s forehead and perform aarti to ward off evil eye to clean the aura.

The Bride will not take part to the Baraat, because it is made to welcome the Groom and his family to the marriage, but she will be secretly watching when possible. She will join him under the Mandap, for the Varmala. Varmala is a tradition that comes from ancient times, when girls followed the tradition of Swayamvar. A girl would choose her life partner from a group by placing a flower garland (Mala) around the neck of the man she chose and ceremony would be held right away. So those beautiful garland of flowers symbolize the proposal of marriage and the decision of the bride to choose her future husband.

When the groom and bride exchange garlands it is believed to bestows half of the spiritual energy on the other. This bestowing of spiritual energies symbolizes the union of the two souls in marriage. In Indian culture however flower garlands are used as a symbol of respect and are frequently used to adorn the sacred statues both in home and in temples. The flowers tied on the string represent excitement, happiness, and beauty tied together signifying the marital union. Garlands are also used to honour guests.

Guests are also usually required to cover their heads as a sign of respect. Couples typically tie the knot under a gorgeous and grandious ceremony sacred structure named Mandap, higher from the ground, and traditionally decorated with lots of colorful flowers, drapes and lights, to symbolize growth and well-being. Each pillar represents the couple's parents whose love and support bless the wedding.  Traditionally the bride’s parents host the wedding so the groom and his family come as guests to the Mandap. The father of the bride will give her away to the groom in the Kanyadaan ceremony, placing the left hand of the bride on the groom’s right hand, and saying a precise wording while giving her away. The groom will accept the hand and the couple will have to promise to one another that they will pursuit a life of Dharma, Artha and Kama, and remain faithful to each other. Indian couple pledges their sacred vows around the agni, a holy fire that “witnesses” the ceremony, around which the couple has to make seven circles.

At the end of the seventh circle the bride moves to the left side of the groom indicating that she is now part of his life. The final most important ritual in a Hindu Wedding is the Saptapadi or the Seven Sacred Vows. The bride takes seven symbolic steps while pushing a stone along the floor with her left foot while the groom assists her. The bride and groom have take seven steps around it while reciting a sacred Hindu pledge of marriage: With the first step, we will provide for and support each other. With the second step, we will develop mental, physical, and spiritual strength. With the third step, we will share the worldly possessions. With the fourth step, we will acquire knowledge, happiness, and peace.

With the fifth step, we will raise strong and virtuous children. With the sixth step, we will enjoy the fruits of all seasons. With the seventh step, we will always remain friends and cherish each other. In Hindu weddings the typical "tying the knot” expression is taken on literally. The groom ties a "holy thread," made of black, red, and white beads through a black or yellow string, around his bride's neck to mark her as a married woman. 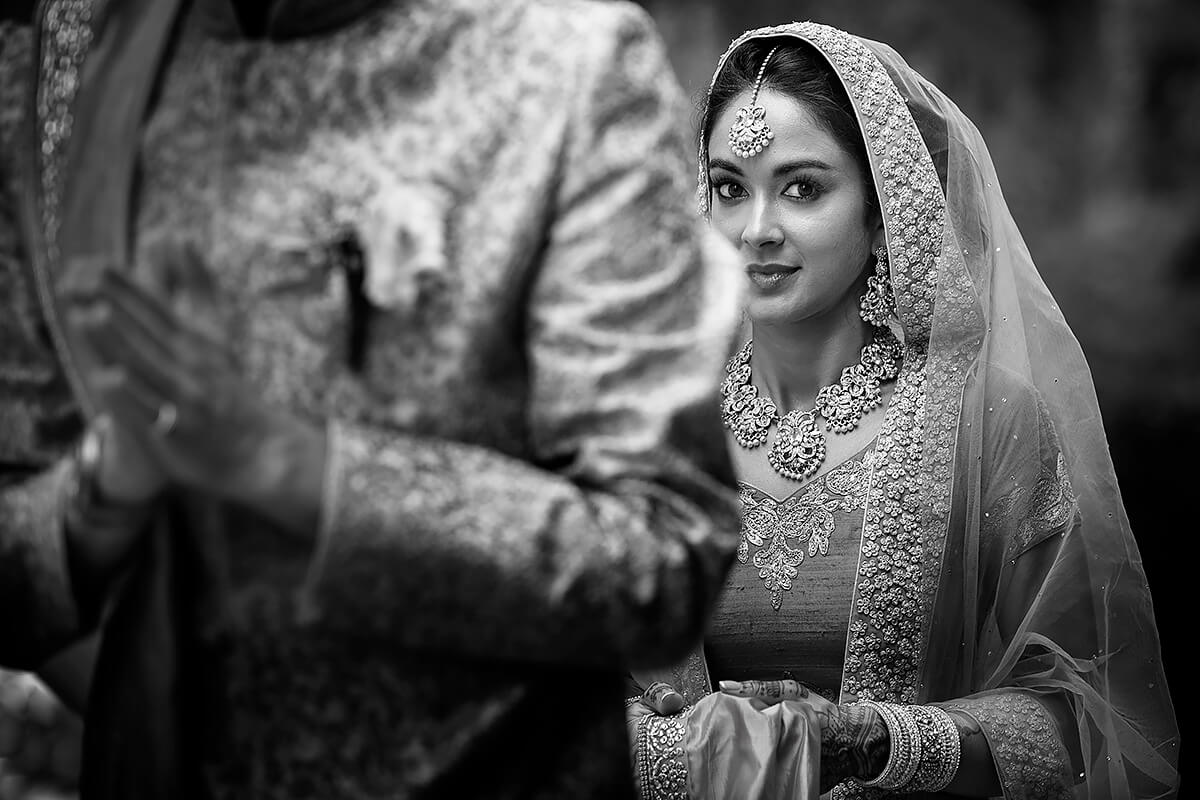 The bride should continue to wear the mangalsutra even after the wedding day to represent her marital status, just as wedding bands work. Exchange of rings differently may have taken place during the engagement party.  When the ritual is concluded the couple seeks the blessings of the elders of the families.   What makes these ceremonies unique are the colors, the culture and the history behind it.

Getting married in Italy doesn’t mean you have to skip all of this. Feel free to enquiry us if you need more informations.

Some of our Indian Weddings

Visit our BLOG to see more of our work 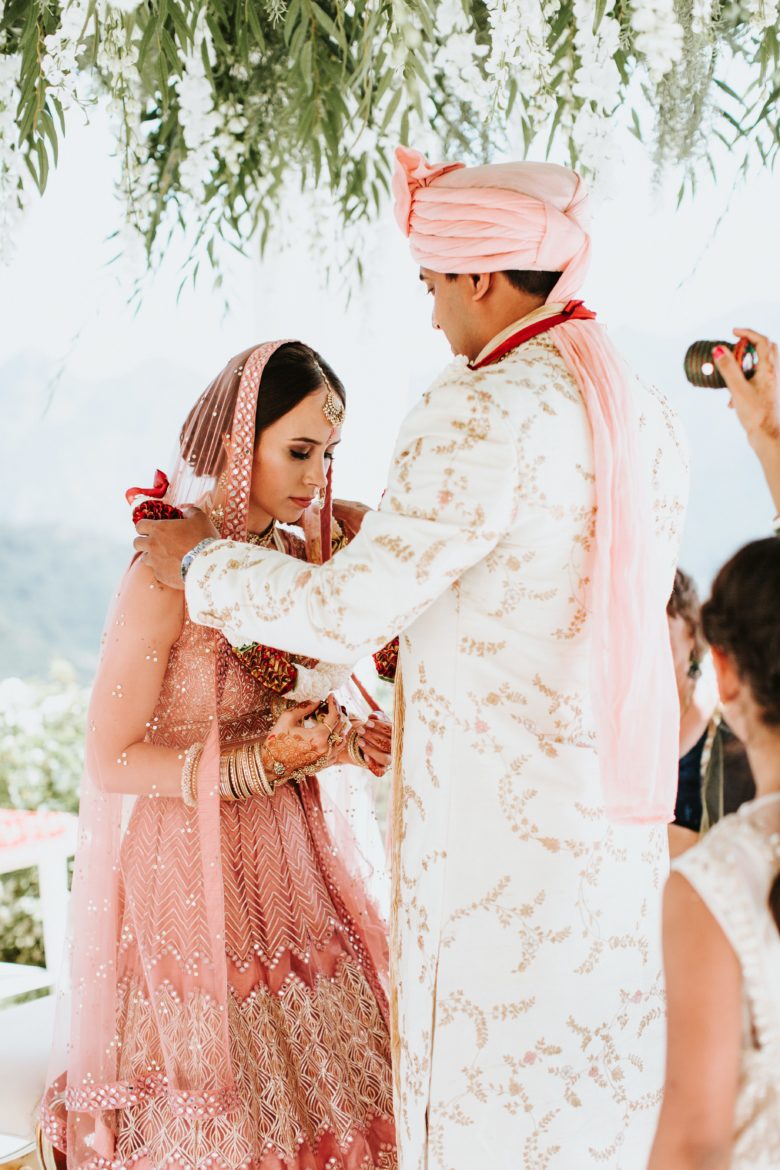 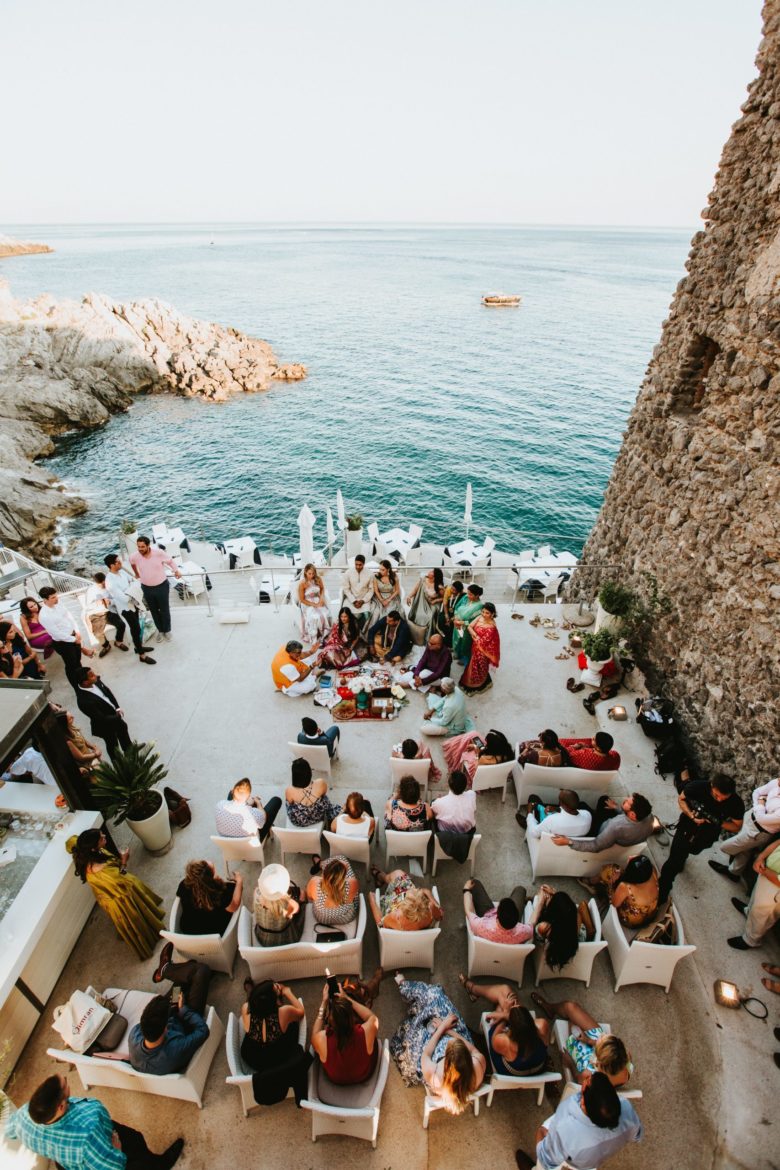 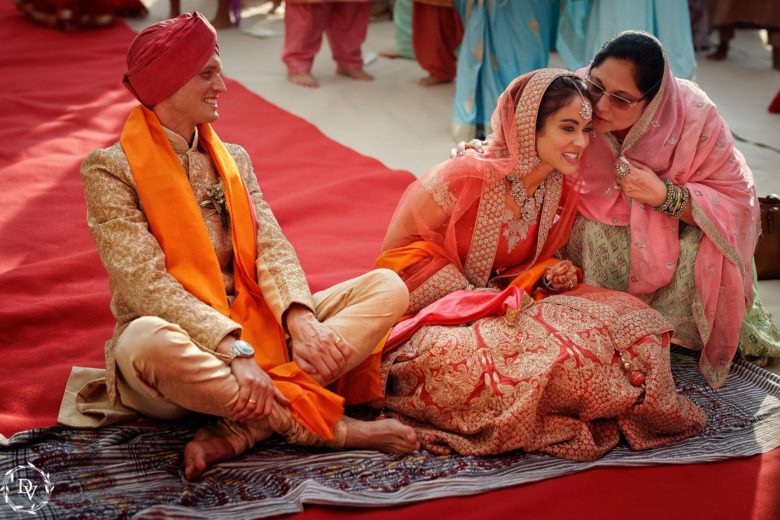 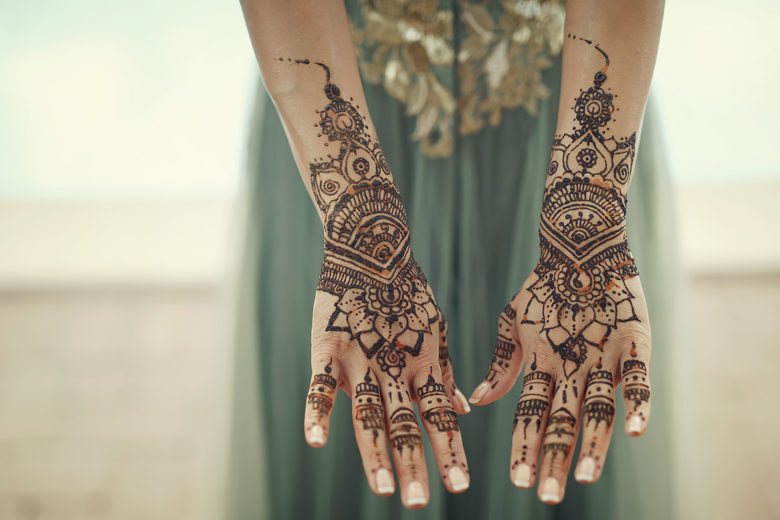